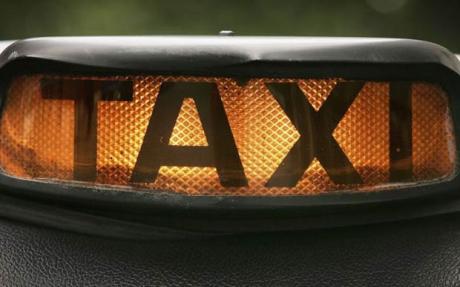 A taxi man said to me the other day “Why don’t people wanna walk these days??”

An odd remark from a guy who gets paid to drive people from place to place across a large city. Naturally, if the destination were within ample distance, I’d most certainly have walked. As it turned out, I had no idea of where the destination was bedded, so, with only 15 minutes in which to get there, the swiftest way was through someone who knew the streets; each turn, each road, each short cut – a taxi.

In fact the cabbie (a middle-aged asian with a clearly well earned smoker’s cough) didn’t know the exact place; perhaps why he suggested walking… Dumbells Road is, after all, an extreme length for a street. However, luckily, an hour before leaving the flat, I’d researched the post code and address on Google Earth – for some reason Google Map doesn’t work on my Macbook Pro. Not sure why either. Must get that fixed. But the satellites of the net goddess ‘GOOGLE’ (may her searches never be in vain) provided a perfectly adequate “birds eye view” and, indeed, 3D model of the area surrounding the subsequent destination.

As we drove past, I recalled images of greenery; a park, right next to a security block that could only have been a cluster of privately owned apartment flats.

My destination? Reresby Court, Cardiff Bay. My appointment? An audition. One that I would not get. 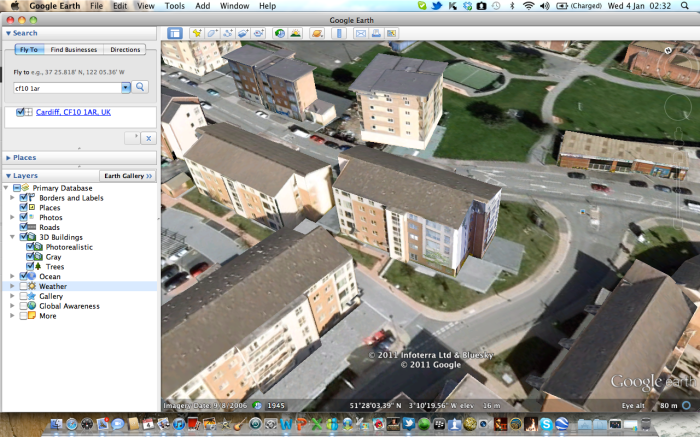 Still, it is a rather pretty image.

I graduated with a 2-1 BA Honors in Drama in 2007. But since then I have expanded my knowledge and skill through attending 'The Workshop' for actors in Cardiff. View all posts by artemous