I’ve been bonding with Andras for most of today – the character I’m playing in our upcoming Web Series: ‘GRIM: A TALE OF DEATH’. Andras is one of the Grim Reapers, who’s job is to reap souls. I’ve even started his diary – he keeps a notebook on him with his memories and notes. Had to shed a tear at this one though. Was listening to the ‘ALAN WAKE’ soundtrack and came across the track called ‘Departure’.

This is a memory I created for Andras the Reaper: 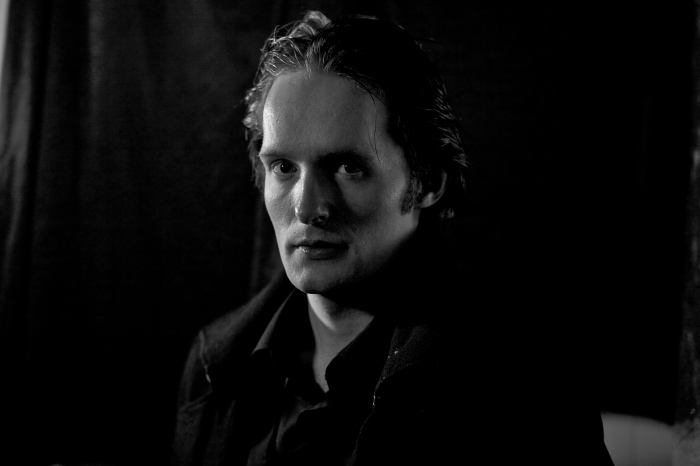 I recall one soul that I had to reap. A little girl, no older than five. She was dying in a hospital ward, on christmas eve. Her name was Madeline Macurry. A pretty little thing. So young. Deep blue eyes.

She thought I looked like her uncle Matthew. I said I knew him, having reaped his soul some months prior. Liver cancer – he was a heavy smoker during his life. Although what she didn’t know was that he was an un-convicted pedophile and had committed several acts of rape and abuse to other younger people. I had to send his soul to the underworld, to the very gates of Oblivion. I still remember his plead-full cries and begs of forgiveness.

But that wasn’t where young Madeline was going. Such a sweet little girl of five. A mere nanosecond of life, compared to the lifetime of my own people. This young thing would never grow up to become a doctor or a teacher or even a mother of her own. She would never have to worry about bills or experience the love of a husband. She would remain young forever, in a happier place.

And there she was, sitting in a hospital bed, in her pink flowery pyjamas, holding on to a little stuffed bear. The doctors were unable to cure her stomach sickness.

I smiled down at her, warmly.

“Can teddy come too?” she asked in her innocent little voice.
“Of course he can.” I smiled.

I couldn’t tell her the truth, that teddy bears have no soul. Poor young child.

I graduated with a 2-1 BA Honors in Drama in 2007. But since then I have expanded my knowledge and skill through attending 'The Workshop' for actors in Cardiff. View all posts by artemous

One thought on “The Diary of Andras: Extract 1 (GRIM: A TALE OF DEATH)”